Pushing the ActionBar to the Next Level

Back in November 2012, I wrote a blog post entitled ”ActionBar on the Move”. This article was mainly dealing with a technique to nicely and uniquely animate your ActionBar. Although I mentioned some of the effect’s possible applications, I never had time to effectively add an ActionBar animation to one of my own apps nor saw an application on the Play Store taking advantage of it.

While being at Google I/O last week, I finally found an application using the ActionBar animation technique. Let’s be honest, it literally blew my mind the first time I saw it. I felt in love with the nice, subtle and yet extremely useful animated effect probably more than the entire app itself! I am pretty sure you know the application I am talking about as it has been presented during the Google I/O keynote. You have also probably recently received an update of it: Play Music!

Here are two main advantages of this ActionBar animation:

In this article, I will deep dive into the details of implementing the technique described in ”ActionBar on the Move” to create an effect similar to the one used in the Play Music app.

In order to better understand the goal we are targeting, you can have a look at the screenshots below or alternatively download the sample application. As you can easily notice, in order to reproduce such an effect, the ActionBar must overlap the content of the screen. This can be easily done using the android:windowActionBarOverlay XML attributes. The code below describes the definition of the themes we’ll use:

Pretty logically, the style of the ActionBar is defined in values/styles.xml as follows:

Finally, we can use these themes in order to style our Activity.

Note that by using themes/styles we remove all potential flickering issues at startup (see Android App Launching Made Gorgeous for more information).

As explained previously, the ActionBar fading is synchronized on the per-pixel state scrolling of the scrolling container. In this example, we’ll simply use a ScrollView as a scrolling container. One of the major drawback of this container is you can’t register a listener in order to be notified when the scroll has changed. This can be easily done be creating a NotifyingScrollViewextending the original ScrollView:

Then, we can use this new scrolling container in an XML layout:

Now most of the boilerplate is ready, we can plug all of these components together. The ActionBaralgorithm is rather simple and only consists on computing the alpha depending on the current per-pixel scrolling state of the NotifyingScrollView. Note that the effective scrolled distance must be clamped to [0, image_height - actionbar_height] in order to avoid weird values that may occur mainly because of the default over scroll behavior of scrolling containers on Android:

As described in ”ActionBar on the Move”, this snippet of code above doesn’t work for pre-JELLY_BEAN_MR1 devices. Indeed, the ActionBar isn’t invalidating itself when required because it isn’t registering itself as the Drawable’s callback. You can workaround this issue simply be attaching the following Callback in the onCreate(Bundle) method:

You can already run the code “as it”. Although the result looks alike the animation used in Play Music we can still continue to tweak it to make it better.

Having an transparent ActionBar may lead to design issues because you generally don’t know about the background you’ll be displayed on top of. For instance you may end up with a transparent ActionBar displaying a white text on top of a white description image. No need to say it makes theActionBar invisible and useless.

The easiest way to avoid such a problem consists on modifying the image to make it a little bit darker at the top. Thus, in a worse case scenario (i.e. white image) we would have a grey area on top of the image making the ActionBar content (title, icons, buttons, etc.) visible.

A simple way to do that is to overlay a translucent dark to transparent gradient on top of the image. This can be done in XML only with the Drawable described below:

The gradient is overlaid using a wrapping FrameLayout:

In Gingerbread (API 9), Android introduced a brand new way to notify the user a scrollable container is being scrolled beyond the content bounds. First it introduced the notion of EdgeEffect (available in the API starting API 14) and enabled over-scroll. While this is not a problem in general, it can be pretty annoying when one of the edge of your scrollable content is different from the background color.

You can reproduce it be simply flinging the ScrollView rapidly to the top and you’ll notice some white color (the background color) appears on top of the screen because the image is scrolling beyond the bounds. I personally consider this a a UI glitch and usually prefer disabling it in this rare cases.

One could imagine the best way to avoid over-scroll is to use View#setOverScrollMode(int) to change the mode to View#OVER_SCROLL_NEVER. Although it works, it also remove the edge effect which can be visually disturbing1. A simple way to do that is to modify the NotifyingScrollView to force the maximum over scroll values to zero when necessary:

I seriously don’t know if the team behind the Play Music application decided to implement the behavior based on my article. But it appears they brilliantly used the technique to both polish and emphasize the UI. It is clearly an awesome pattern to use whenever you need to design a screen which content is self-explanatory and is more important than the ActionBar content itself.

310
Back in May 2013, everyone has discovered the beautiful action bar effect in the Play Music app (explained by Cyril Mottier , Pushing the ActionBar to the Next Level). This effect is really a great
ActionBar 背景渐变动画效果
daditao的专栏
05-16

41
The Android platform provides a large collection of styles and themes that you can use in your applications. You can find a reference of all available styles in theR.styleclass.   TheR.sty...
Spans, a Powerful Concept.
manymore13 的个人专栏
07-04

7679
Recently, I wrote a blog post about the NewStand app and its ActionBar icon translation effect. Cyril Mottier suggested me to use Spans to fade in/out the ActionBar title which is a very elegant sol
Theme、Style、attr、declare-styleable
淡淡的宁静的博客
02-20 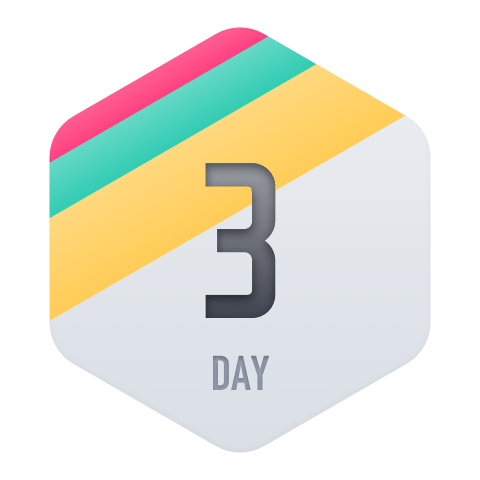